Recently my husband and I spent nine fun filled days on Ocracoke Island, NC.  We took lots of photos, walked down village streets, attended music concerts at the Deepwater Theater, listened to stories and history told by local islanders and took walks on the island beaches.

One day we were nearly blasted off a sand dune by wind and sand.  Ouch, that sand stung from head to toe.  Later in the day we returned to Ocracoke Village only to learn there was a tornado warning until 8 pm.  No wonder the wind blew so hard; we confirmed it was up to 25 and 30 miles per hour. 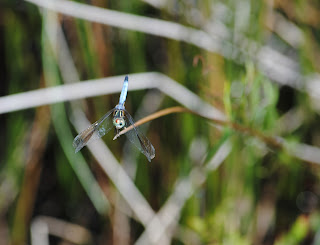 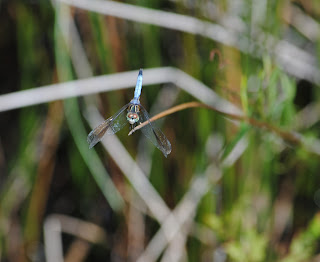 We walked an interesting nature trail, Hammock Hills, out on the island near the campground.  Here’s a critter I photographed, out of many, as I watched him move about in the swampy area near the trail.  I’m amazed at the cute little cartoon like face, reminding me of a Disney character.  What would you name him?  I spotted other interesting creatures that reside there.  The trail goes through a part of the island forest that serves as a habitat for small wildlife, though nothing as large as deer.  Actually, the island itself is not a habitat for deer.

I plan to blog more about Ocracoke.

sylvia
Sylvia Payne, a North Carolina Storyteller, comes from a diverse background of Scots Irish, English, and German ancestry. She grew up in the North Carolina foothills listening to family stories told by her mother. A graduate of High Point University and a former children’s librarian, her repertoire includes world folktales, stories of history, legends and family stories. With more than 30 years’ experience, her animated style, and her stories captivate and transport the listener into an imaginary world. In addition, she conducts workshops for parents, teachers, and college and university students. She serves on the North Carolina Storytelling Guild Board and is editor of the Guild’s bi-annual publication, Journal of Tar Heel Tellers. Sylvia has studied with such storytelling masters as Donald Davis, David Holt, Tim Lowry, Connie Regan-Blake and Donna Marie Todd.
Newer Post Older Post Home